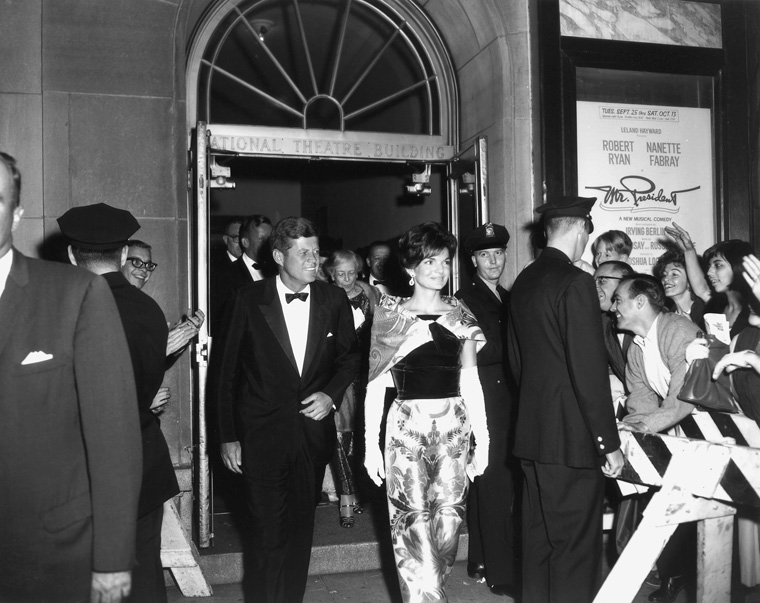 Throughout history, the role of the first lady has been unfairly overlooked. However, these 8 women showed how important their role can be and by doing amazing things, they earned the love and respect of their country.

The wife of James Madison, Dolley Madison, is remembered as one of the most beloved first ladies in the history of the US even though she was the first lady more than 200 years ago. During the War of 1812, she managed to save many national treasures from the White House before it was burned down by the British. She was also one of the first ladies who first began working with charities and other organizations, which is now an essential part of the role of the first lady.

Barbara Bush served as the first lady of the US from 1989 to 1993, which was more than enough time for her to leave a permanent mark on the nation. She founded the Barbara Bush Foundation for Family Literacy, which aims to support families all over America and to ensure that every adult is literate. When she passed away in 2018, thousands of Americans said goodbye to her, proving how much she meant to the people and how big of an effect she had on them.

Just like Barbara, Laura Bush spent her time as first lady trying to improve literacy and education all over the US. She had a background in education as she was a teacher before becoming the first lady, so you could say that she had a huge passion for it. The National Book Festival and the Laura Bush Foundation are just some of how she tried to improve libraries, schools, and most of all the lives of her fellow people.

Nancy Reagan had already had a lot of popularity even before becoming the first lady in 1981 thanks to her career as a Broadway actress. However, she proved that she is more than just a good actress and a pretty face by working on many social issues including drug and alcohol abuse. She even founded Just Say No campaign against drugs.

One of the most influential first ladies, Eleanor Roosevelt used her position from the beginning, fighting for the causes she believed in. Civil rights, women’s rights, education, and equal opportunities for everyone are just some of the ideals she worked for. Moreover, she worked closely with the UN as the first chairman of the UN Human Rights Commission even after her husband’s death and continued to promote freedom and equality.

Hillary Clinton is one of the most powerful first ladies this nation has ever seen. She was deeply involved in politics during her husband’s term, and even more after. After being Barack Obama’s Secretary of State, she almost became the first female president of the US.

Even though Jackie Kennedy served as the first lady only two years due to her husband’s assassination in 1963, she is still one of the most well-loved first ladies of the US. She is remembered for her elegance, grace, and impeccable taste. She restored and transformed the White House into a museum that now inspires patriotism in everyone who visits it. She loved art and travel and knew how important culture is for the nation.

Michelle Obama, the wife of the first African-American president of the US, is in many people’s opinion, the most famous and well-loved first lady in history. She is known for her Reach Higher Initiative and Let’s Move campaigns which aim to provide a better future and opportunities for children and students all over the US.