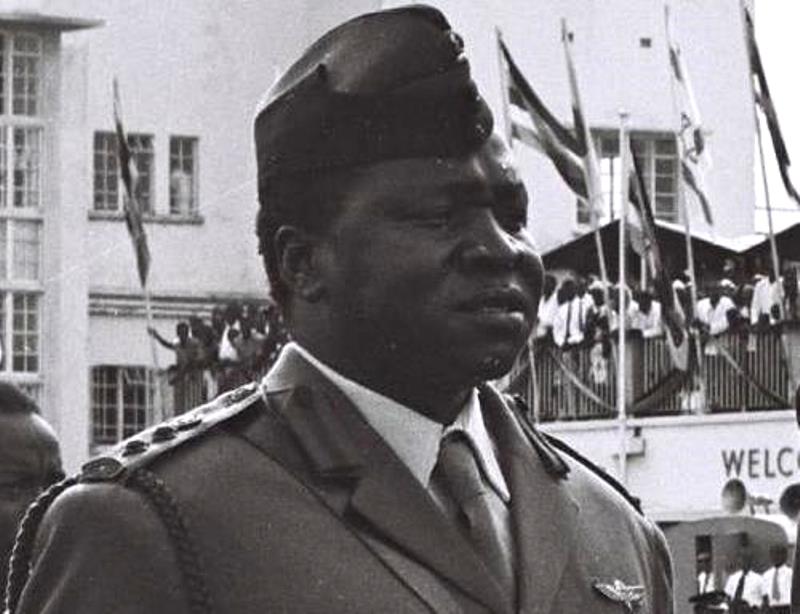 Although he was in power for only 8 years, from 1971 to 1979, Idi Amin is a leader none of us can forget. Because of his cruelty and brutal regime in Uganda, he will forever be remembered as one of the worst dictators in the history of Africa. Now that he no longer rules Uganda, we can all look back on his reign happy that it is over.

Little is known about Idi Amin’s early life. Nobody even knows for sure where or when he was born, but many resources say that it was around 1925. He was named after his father, but raised by a single mother after his father abandoned the family. He started school but dropped out after a few years to join the British Colonial army.

Even though he started as an assistant cook, he quickly ascended to the top ranks. That is when he started getting popular among soldiers for his cruelty and savagery. His ambition grew and soon he started getting close with powerful politicians. One of those was Milton Obote who was at the time the president of Uganda. It looked like Amin was using his new friendships to gain popularity and influence in the realm of politics. However, in 1971, he showed his true self. The two men had more and more conflicts as time went and Amin realized that he couldn’t use Obote to his advantage any longer. That is why he staged a military coup to overthrow Obote while he was in Singapore. After that, Amin took over as president in 1976. He proved to be ruthless and a firm believer in killing everyone who stands in your way.

Almost immediately after becoming president, Idi Amin used his power to silence any opposition. He killed all Obote’s supporters using his notorious killer squads, as they were called. Nobody was safe from his terror, no matter how young or how old. ‘The Butcher of Uganda’ and ‘The World’s Worst Dictator’ became just some of the nicknames he got because of his brutal reign. Some records state that he ordered the killings of around 500,000 and executed some of them himself. To the list of his crimes, we can add hijacking of a plane and attacking Tanzania, as well as the violation of every possible human right.

In 1979, Amin had to escape from the Tanzanian-led forces. He went to Saudi Arabia where he finally died in 2003 due to kidney failure. Although his planned reign was cut short, Uganda didn’t get the satisfaction she craved. He was never held accountable for his barbaric actions or tried for his crimes against humanity. The only thing we can all do is hope that Uganda doesn’t see another leader like Idi Amin.